A fashion conspiracy blog for everyone looking to find their style. Explore the underbelly of the fashion industry along with some friendly advice.
Home / Fashion / the controversial Whitewashing of India

India has been subjected to whitewashing for decades, and that’s no secret. Over and over again Indian fashion and culture has been a subject to ‘Whitewashing’ and stereotypes that me and thousands of other Indians are sickened by. From Slumdog Millionaire all the way to the recent atrocity of ‘never Have I ever’ created by the infamous Mindy Kaling. Women like her are the reason why India is stereotyped as this backward, poverty stricken , colorful, Hindu etc… country where cows live amongst people. It is quite laughable how Indians are portrayed in films and movies with absolutely zero style or charisma.

The only thing best known of Indian fashion is colorful rather tacky sarees and bulky Gold jewellery that mother would not be caught dead in. And quite frankly this embarrassing portrayal is way overdue . The American Indian look is starkly different to the current Fashion in India and more people must be aware of it.

Devi’s Character in Never have I ever is the truest version of an American Indian, in her ‘basic Bitch’ selection of clothes. Some of them are even awful including her Indian attire.

Oh it gets worse…the Bollywood dance Sequence could make your skin crawl . The level of cringe in the show is beyond your expectation and so are some of the outfits.

What Women in India had to say

“Saris are like gowns – beautiful and elegant but not suited to strenuous physical activity unless you hoist them up or something, which makes them about as stylish as a sack.” Says Ankita Shreeram .

She also states that In middle-class Rajasthani families, strapless blouses are seldom ‘allowed’. Women even go to sleep in saris. They must drape the pallu in a way that minimum skin is visible. All this turns the sari into a symbol of women’s oppression. This is one view, a sad reality for many women in India. However I’m here to stand all for the Saree or any other traditional Indian wear because it’s important to address certain stereotypes. It is important to understand the privilege of choice, women who have choice have endless options to experiment with traditional Indian wear.

My mother wears her Saree casually for all and any occasion because she loves it and feels completely comfortable in the attire, she is able to freely move around with no issues so the stigma behind its discomfort is a very subjective opinion and can differ with one’s choices and preferences . 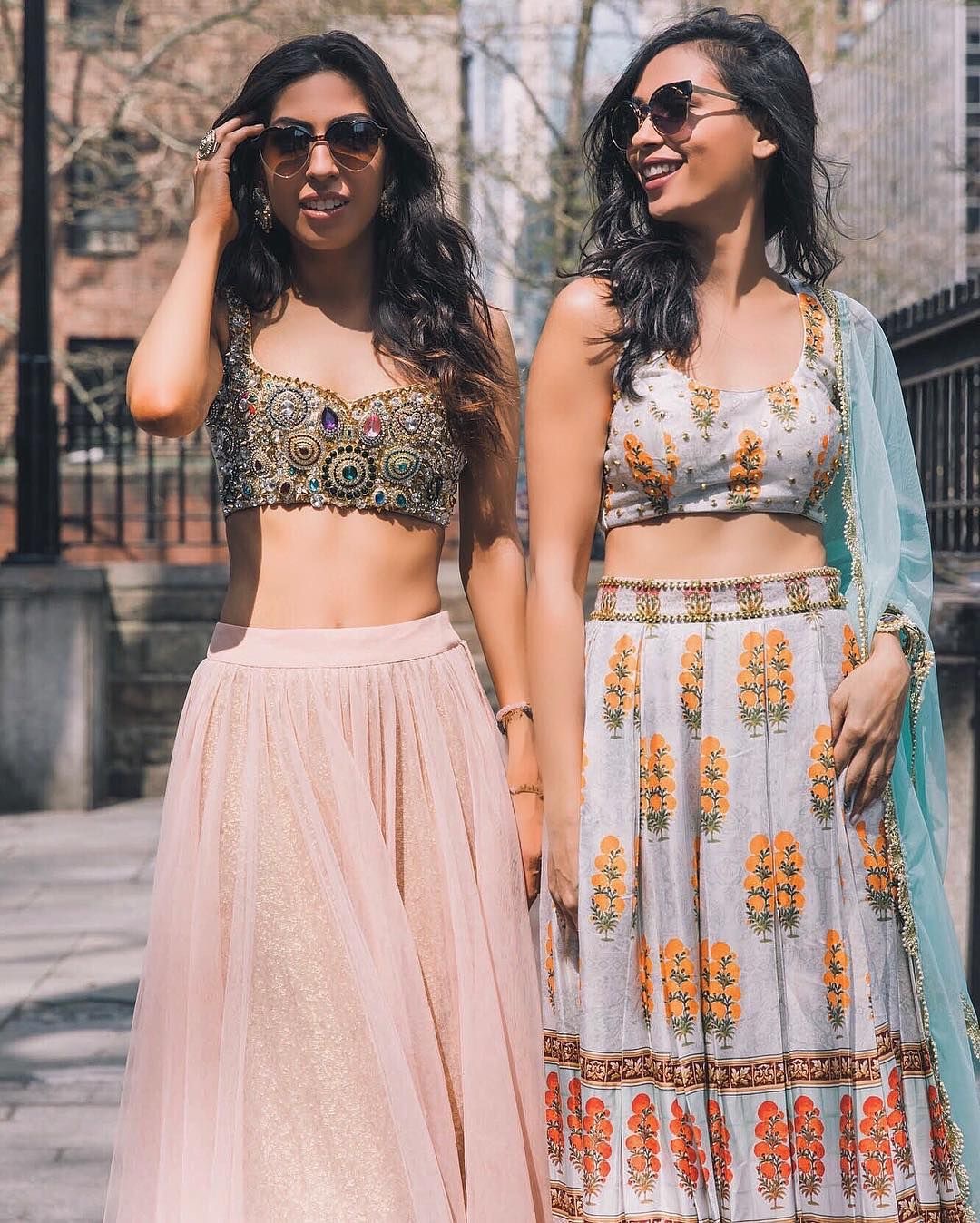 India’s fashion is very diverse, and extremely experimental unlike the portrayal you will see in most Hollywood movies or shows depicting the Indian lifestyle. The tacky colors and shiny accessories are never idealized where I come from, so Ashley please refrain from glorifying Bollywood’s cheap attempt to sell their ’Sanskar’ and ’so called’ culture. Here are some Contemporary Indian designs Women in India are pulling off with Finesse that will have you shook!

Deepika Padukone in a Satin, Digital printed Saree. Flaunting bold colors yet keeping the class and innovativeness in her overall look.

Cherry vintage Saree and crop top. Paired yo with some chunky silver accessories and shades. She is Rocking the modern day Indian femme look.

lengha and Pant suits are a very common modern trend in Indian. We’re onto summery days again and with that- loads of sunshine! It’s time to put those thick cardigans and our cozy layers aside and be ready to face the heat with a whole lot of gorgeousness. Taking in the seasonal changes in the fashion scenario, we’re back with one of the biggest trends you ought to sport- the pastel palette! Light, soothing, refreshing, and full of sophistication.

Destination wedding calls for a blockbuster wedding together

Mango Lace Ruffle Sari is easy breezy and perfect for the summer holidays. You could sport this look anywhere in the world in a traditional as well as in a non traditional way and not seem out of place. This saree also has the Infamous belt twist we are seeing everywhere in Bollywood.

“Disgustingly inappropriate,” one person tweeted in response. “Were ALL the Indian women unavailable??”

“There are tons of actual Indian models to choose from yet you chose a Kardashian/Jenner,” another replied in dismay

Vogue however replied to the backlash stating that Vogue is an international brand and from time to time, they would like to showcase some of their international stars. I can understand that, but I can not understand the point of  ridiculing India, presenting the side of India that’s either situated in the Slums or in the sand dunes of Rajasthan. This confirms every assumption and belief an outsider has of India, the knowledge of so limited. Why not the Rajbaris of Bengal, beaches of Goa or the hills in Shimla?, where is the diversity. You don’t expect every white woman to end up in the Slums of Mumbai on their first trip to India, do you?.

My biggest issue isn’t with a white woman on the cover of Vogue but rather the example it sets for the world is rather concerning. When does the world get to see the diversity of India featuring a beautiful brown woman in her modern saree flaunting a fresh Edgy but modern look.  Where are the new trends popularized in India such as the halter blouses, belt shares and wrap saree’s?.

Indian Fashion Bloggers like Roshni Bhatia are pulling off the traditional look with a modern edge , which is true to so many women in India.

The most exciting bit about Indian traditional wear is that you have so many options to experiment with it and showcase your look in whatever way you like- whether it be to a wedding or a simple Lunch with friends. Chiffons and cotton sarees are ideal outfits for India’s tropical hot climate, if you think about it.. it’s just a piece of cloth draped around you with no stitches. It’s a complete wonder and has me awestruck every time.