A fashion conspiracy blog for everyone looking to find their style. Explore the underbelly of the fashion industry along with some friendly advice.
Home / Business / How pop culture Is feeding your fashion

Pop culture is such a major part of today’s Society and especially in the fashion Industry. In Today’s world of entertainment and media, there are so many films, shows, music, art and creativity out there to take inspiration and ideas from. Pop stars and Actors are a prominent source of advertising this Pop Culture and showcasing so many looks, Aesthetics and ‘what’s trending’. It’s pretty hard not to get swayed from time to time by the bulk of information and visuals thrown at us. And that’s great because it inspires trends, innovation and motivates people to create something even better. This constant growth fuels our fire to be unique and to experiment.

The Joker and Harley Quinn

DC comics have brought a fresh look to their characters every single time without disappointment. The Suicide Squad version of Harley Quin and The Joker represented a specific trend of that time- spacebuns, bright colors, graphic tees and lots of gold chains and edgy outfits. Joker played by Jared Leto perfectly depicts a modern day Bad boy thug while his ‘little girl’ Harley pulls off a cute alternative sexy punk chick look, which at the time was very prevalent in the overall film and music industry 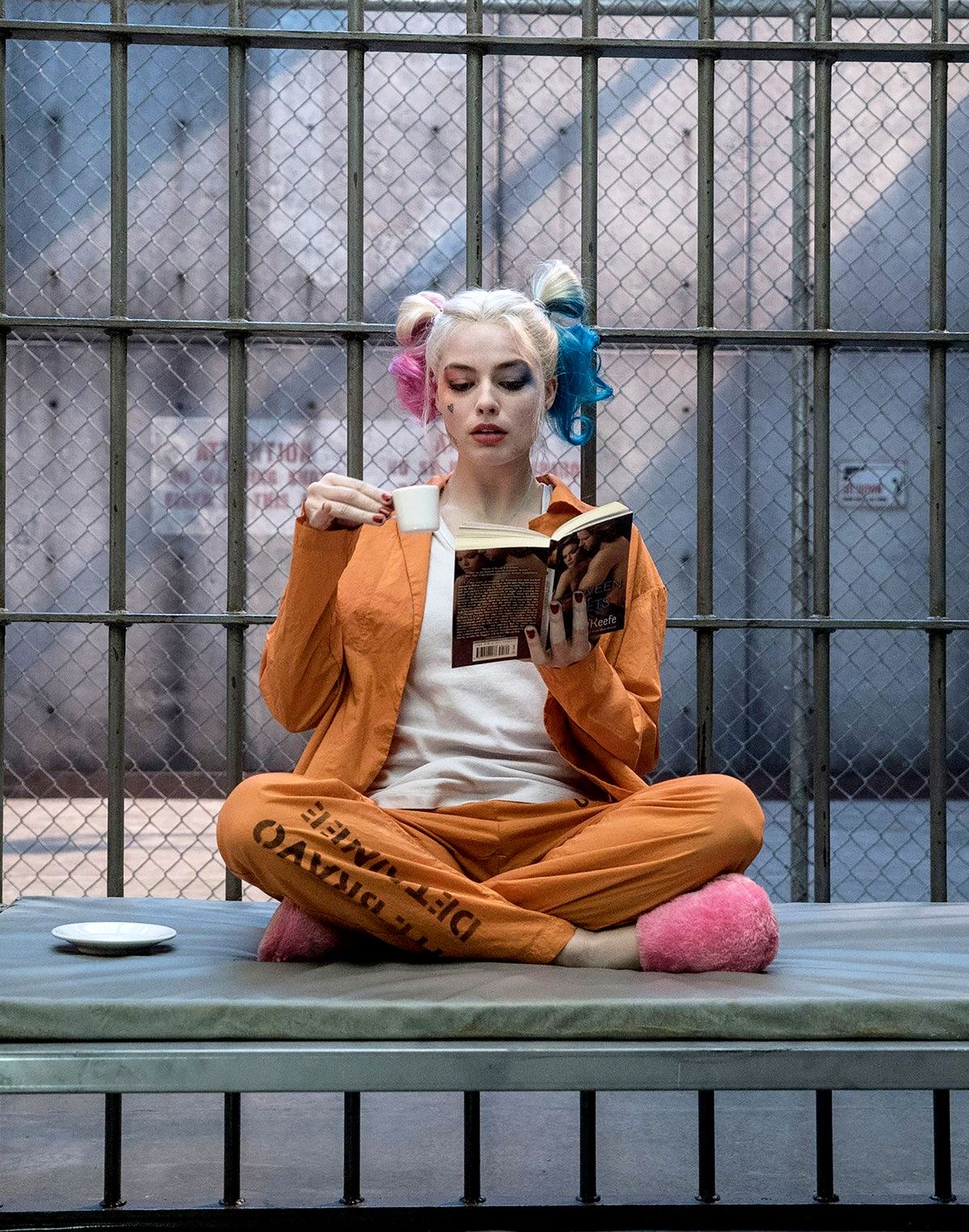 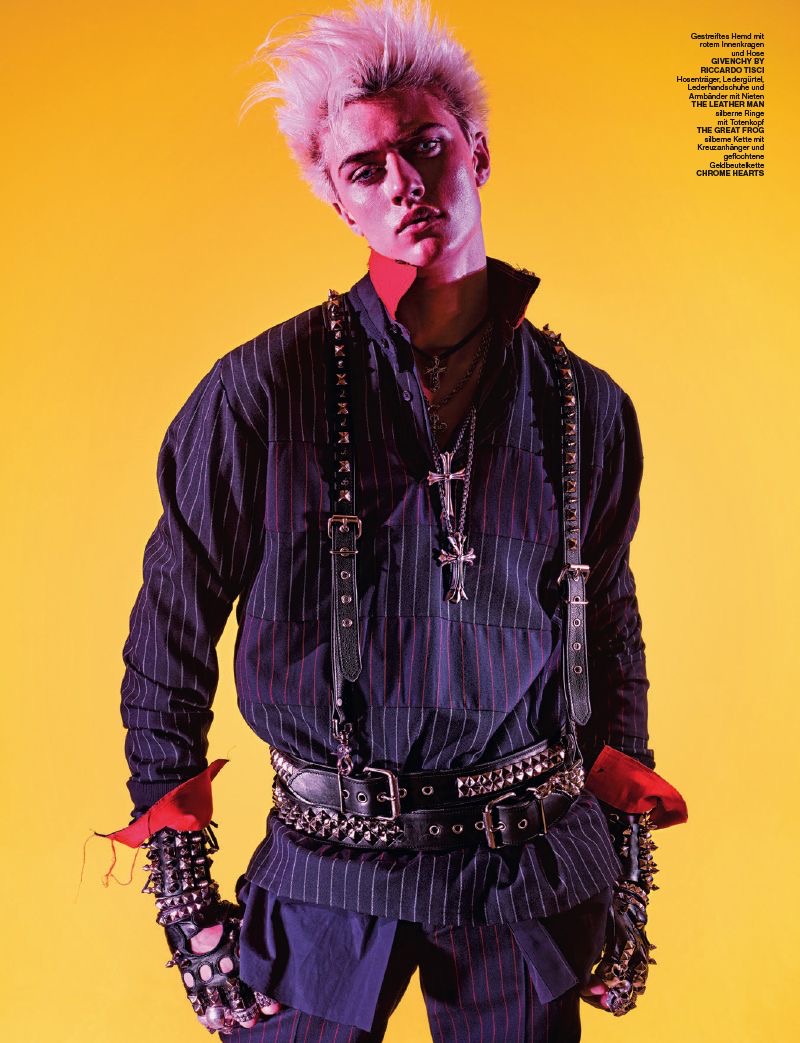 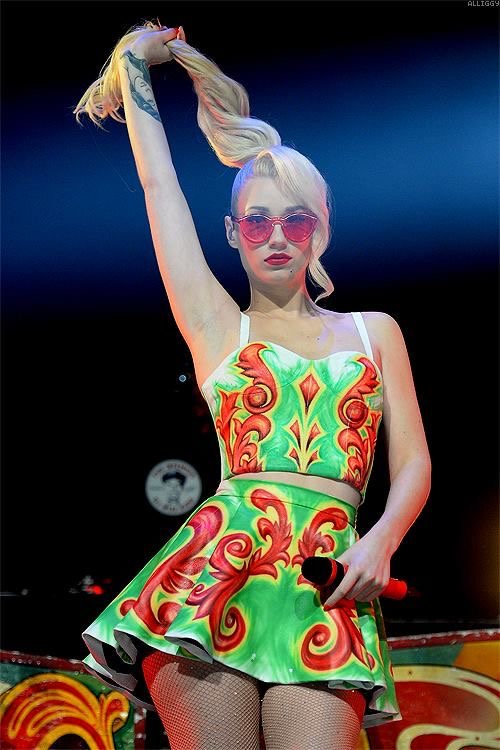 The New Harley in Birds of Prey has a completely different look. More color and a little less revealing. Today’s female trends are a lot more unisex and bold. So Harleys new look definitely appeals to the younger masses as well as promotes a more feminist take on Harley Quin’s character.

Erin Banach, who created the wild wardrobe for Birds of Prey 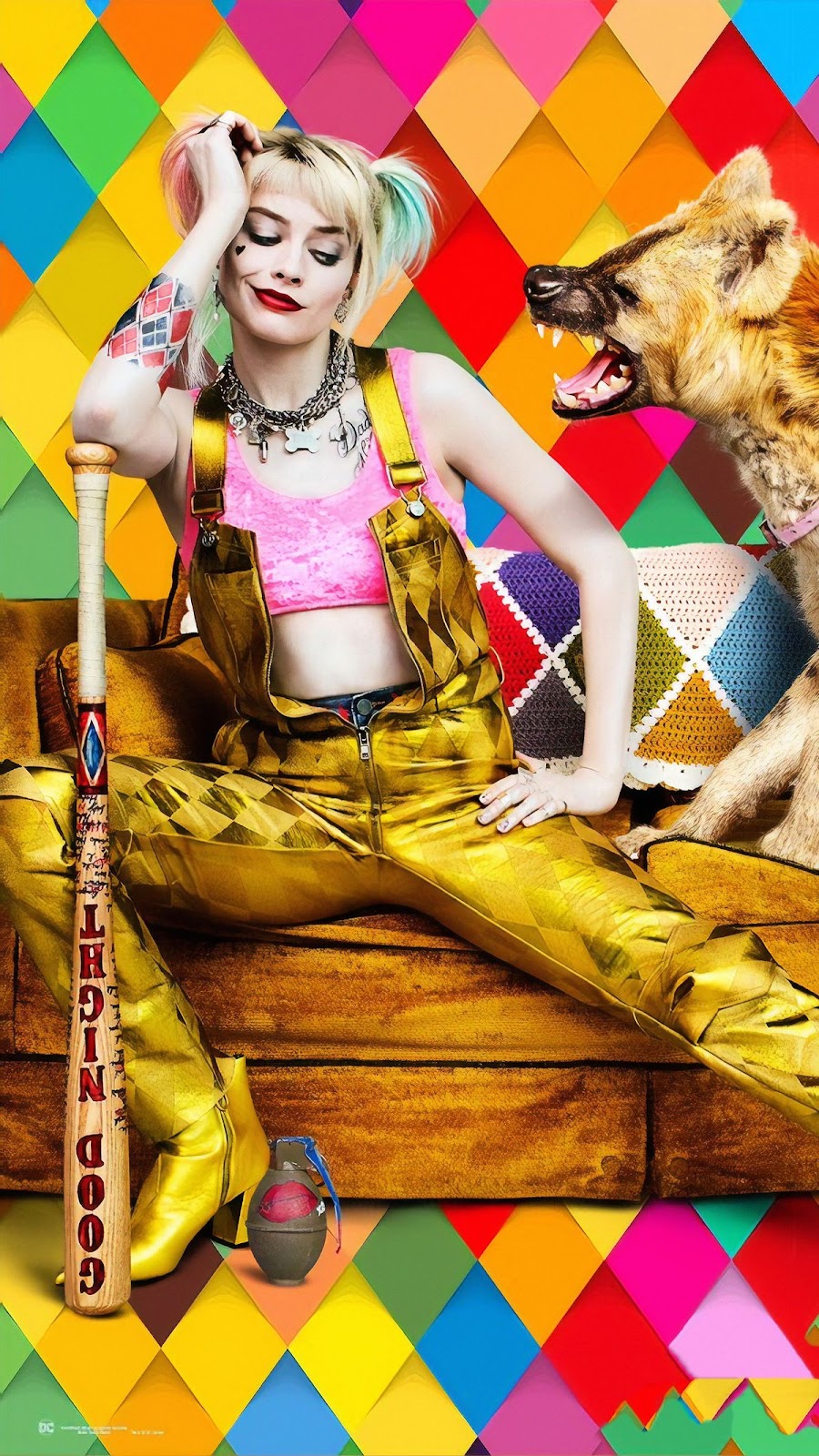 Hot pink crop top and suspendered, high-waisted denim shorts she wears as a base layer throughout the film’s main timeline- a very new age street style look!. The movie takes place with such a fast pace and in a short amount of time and the fashion just works with the impact the movie sets 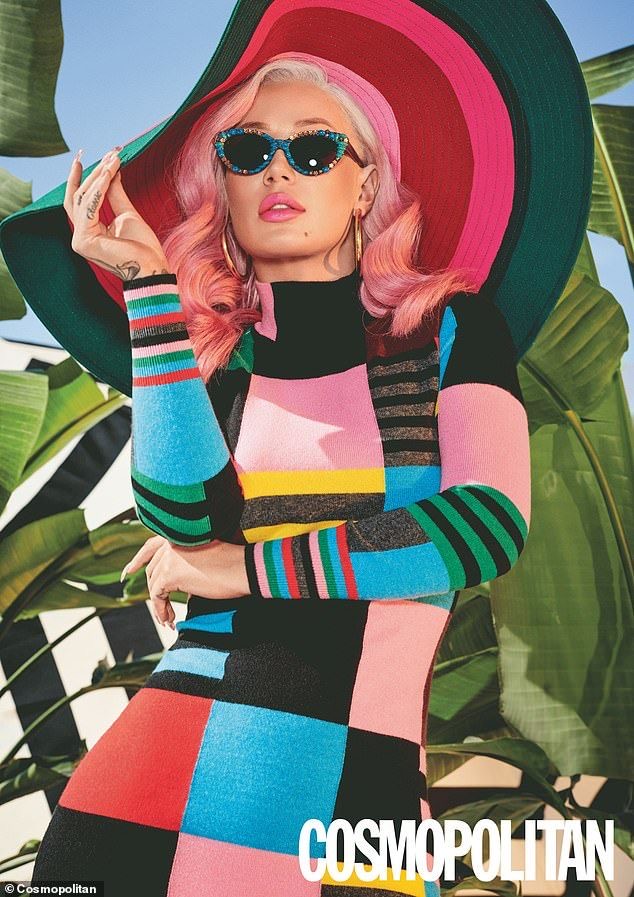 Joker however, rocks the old fashion Pant suit and Blazer. Joaquin Phoenix presents a style that’s more similar to the Original Joker from the DC Comics. He’s bringing back the retro image which sparks several fashionable comebacks from the 70’s and 80’s. 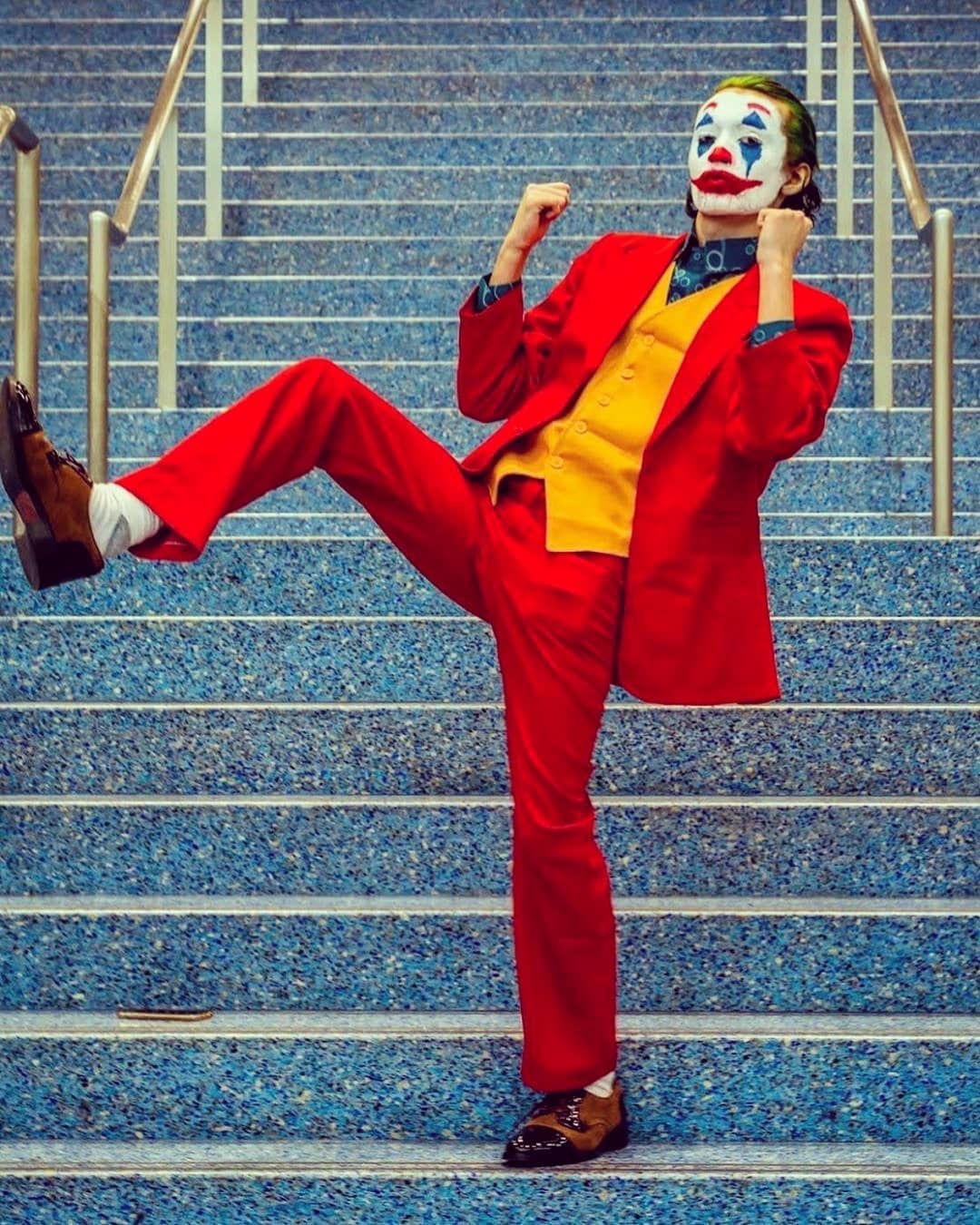 Call it character-building: The star’s metamorphosis into the iconic villain included a broccoli-colored clown wig and an ’80s color palette”- The Hollywood Reporter

Since the time period was the early ’80s, the color palette is blue, maroon, brown, mauve and gray, followed by an intensity of color as he transforms into the Joker. The trousers and shirts were all custom (and distressed), with a few vintage sweater finds. 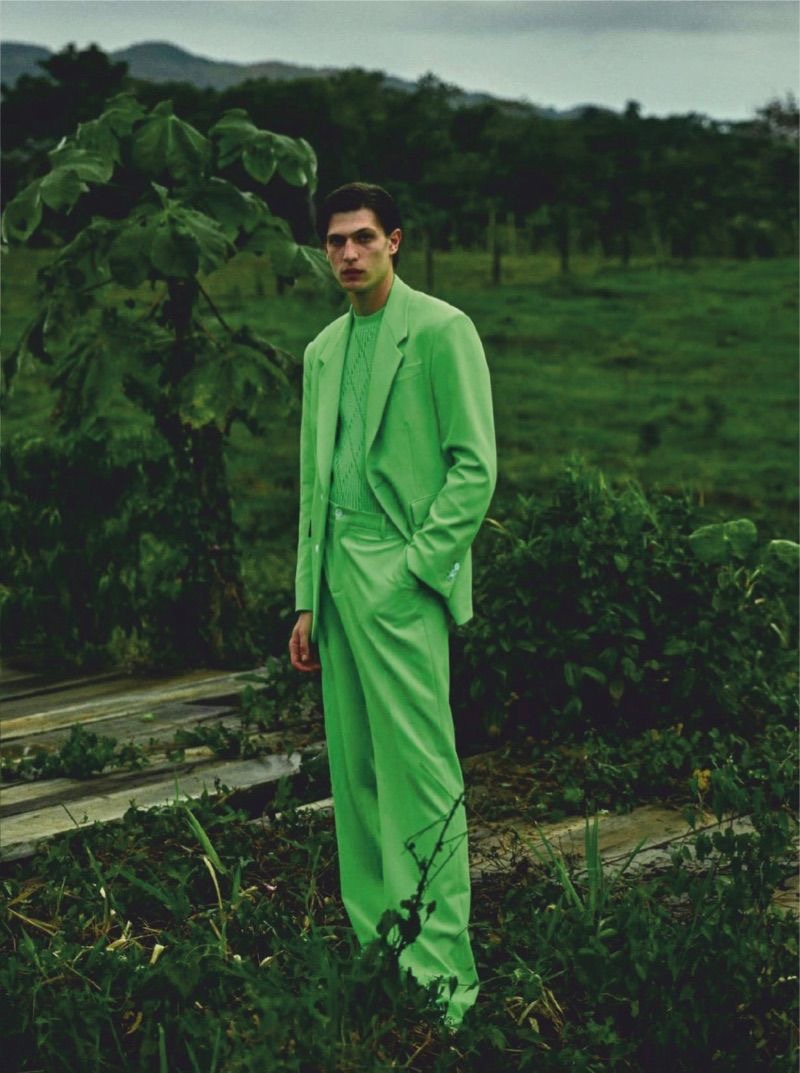 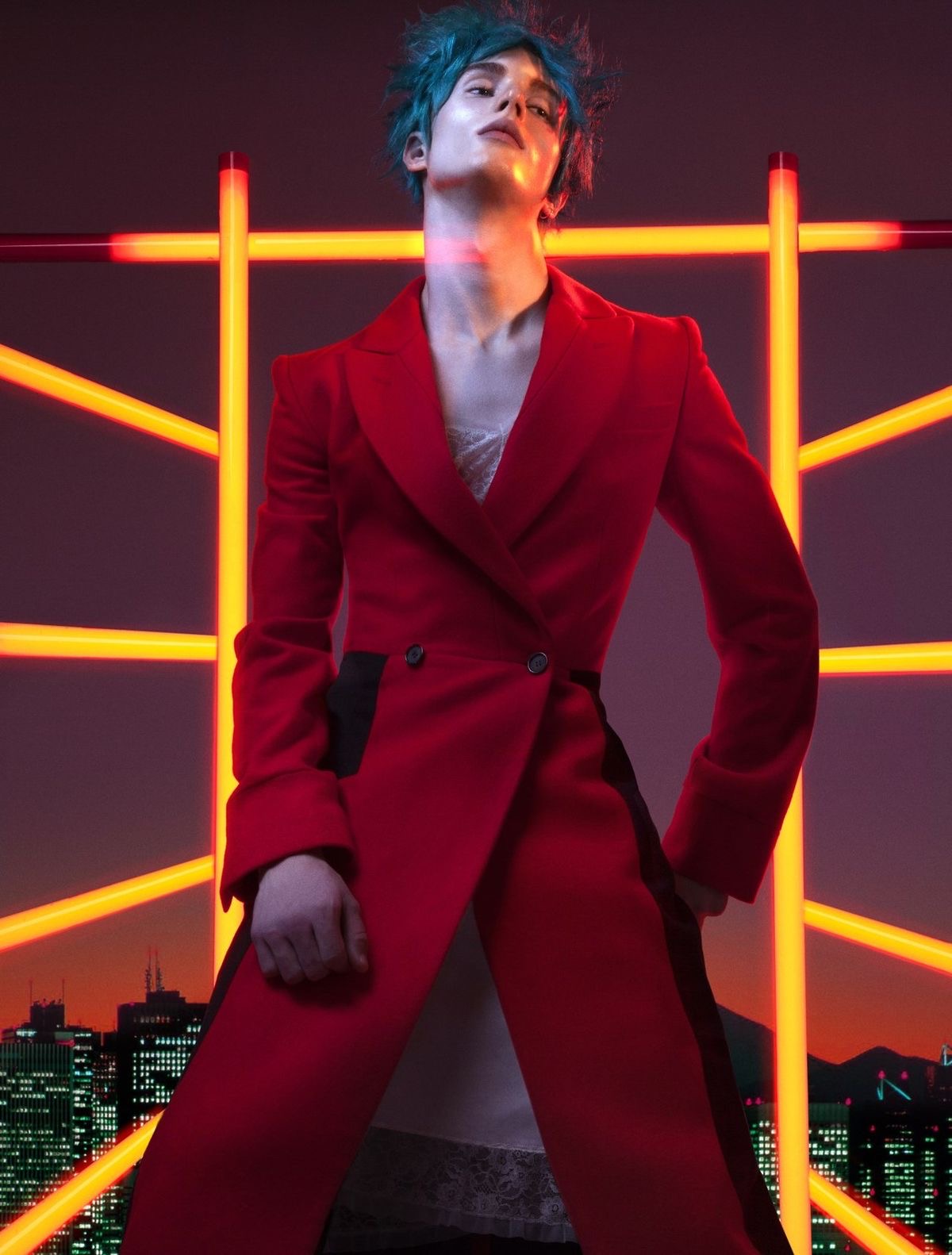 Black Panther is one of the most highly anticipated films of 2018—not just for its adaptation of the popular comic, but also for its fashion. Since the first teaser trailer was released last June, people have been raving about, and drawing inspiration from, the costumes in the movie’s world of Wakanda. 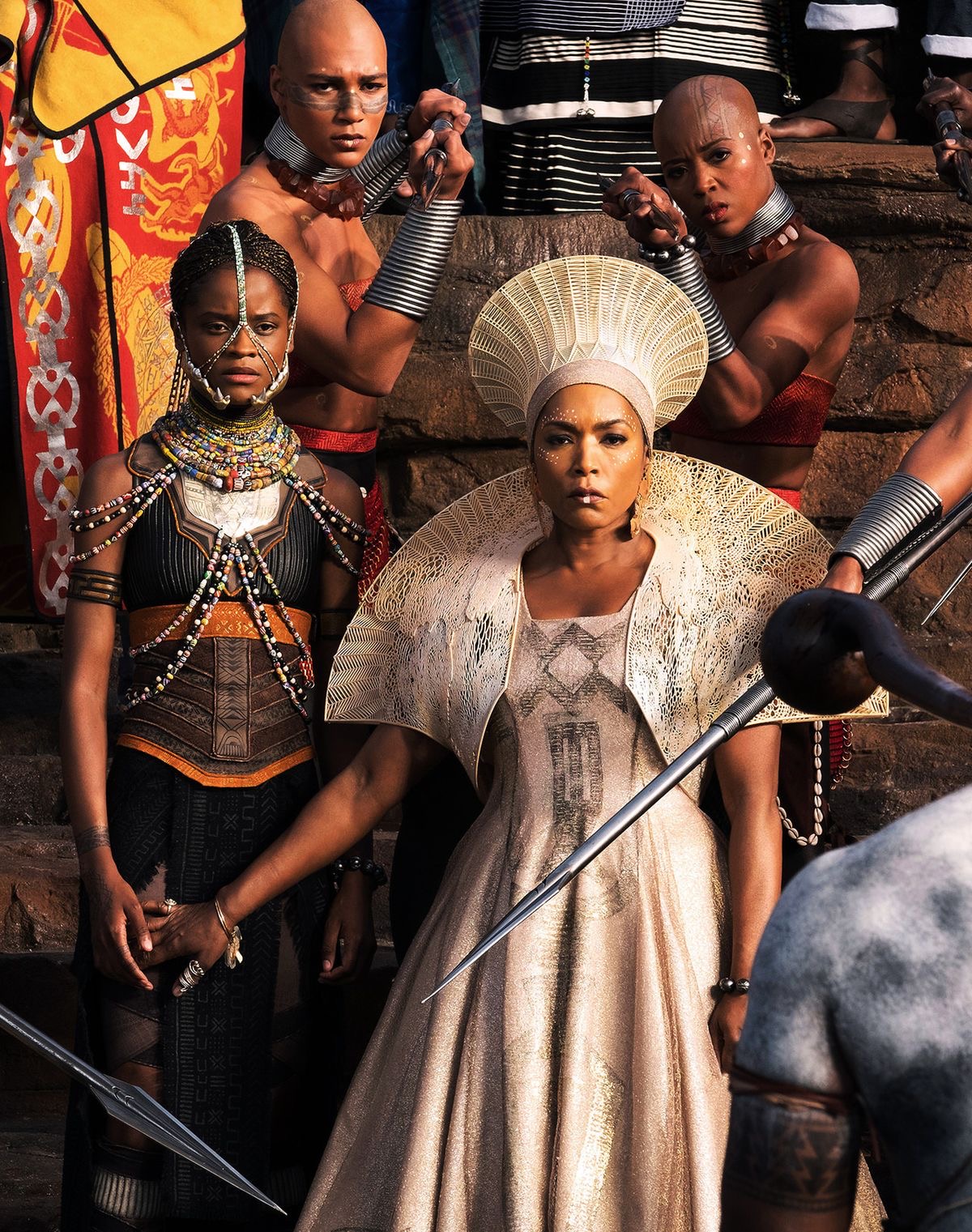 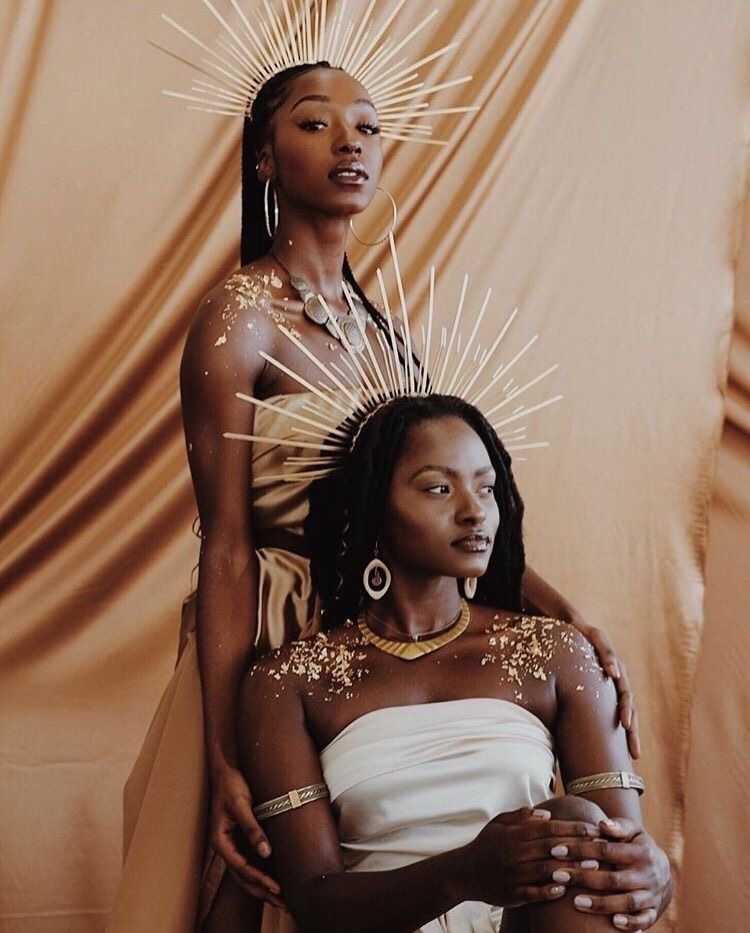 So many people drew looks and fashion statements from Black Panther embracing modern African styles and clothing. I personally thought the Costumes were such a large part of the movie, without it Black Panther would just be incomplete. It educates and exposes us to a different way of life and tradition. 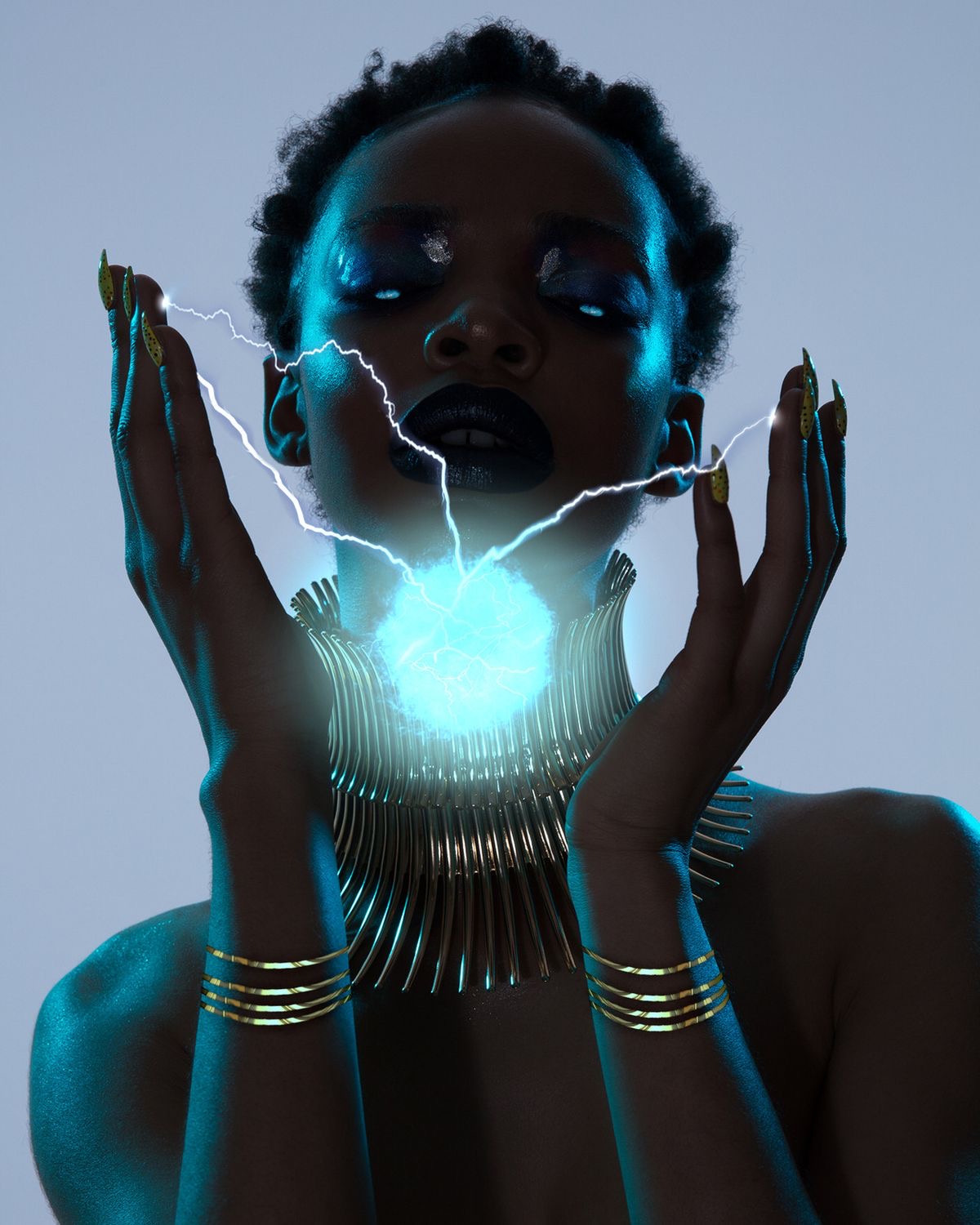 The ‘Spoilt Brat’ look was a huge part of growing up in the early 2000’s, watching cult classics like ‘Clueless’ and ‘Mean Girls’. All these movies glorify the Popular girl stereotype, convincing millions of teenage Girls that it’s okay to Act out and it’s okay to act girly and Entitled. The message it sends is not always the best, however some of the looks are very pretty and delicate. It’s refreshing because the recent trends are a lot more bold and striking. Pastels and soft prints were the ideal image of A good girl gone bad.

The ‘Bratz look’ is definitely coming back around, especially in 2020’s Makeup looks and hair extensions. Bratz has always been my thing growing up. They were always fashionable and bright as compared to the vanilla Barbie. Bratz are like The bad girl Barbie and women today love that Bad bitch energy. Most girls do their makeup exactly like a Bratz Doll, am I wrong or am I right?.

Tyler the creator is the Fashion rebel that the world needs right now and the youth has recognized this!. Kudos to him for being completely original. “I actually never wear navy—it’s my third least favorite color,” he says (black ranks on the absolute bottom of this list).

He designed the baby blue Chucks on his feet. The jewelry he has on is minimal but full of personality: a gold ring studded with a heart-shaped emerald and a beaded plastic bracelet thrown onstage by one of his fans that reads one of one. His nails are lacquered in glittery pink and green, a polish he formulated himself. Tyler’s style has been pretty constant through the rise. He’s never been one to shy away from colour, and when it comes to pattern he’s as bold as they come.

Alongside his music career Tyler has carved out an imperious side hustle with his fashion brand Golf le Fleur, which has helped to further define his look. Recent collaborations with fashion heavyweights Vans and Lacoste have sold out immediately, showing the avalanche of public demand not just for Tyler’s music, but his style too.

Since when did food Brands start inspiring Fashion?. Ever since Vintage Graphic tees became a thing. Brands like Coca Cola and Reese Puff have always been associated with The Fashion and Hip hop culture. Marketing their brands through Fashion is a brilliant marketing strategy that they have used and abused to get where they are today.

CocaCola has that vintage Aesthetic and Bright contrast colors (the reds and whites) that compliments your outfit and makes you stand out without looking like your flaunting designer labels. 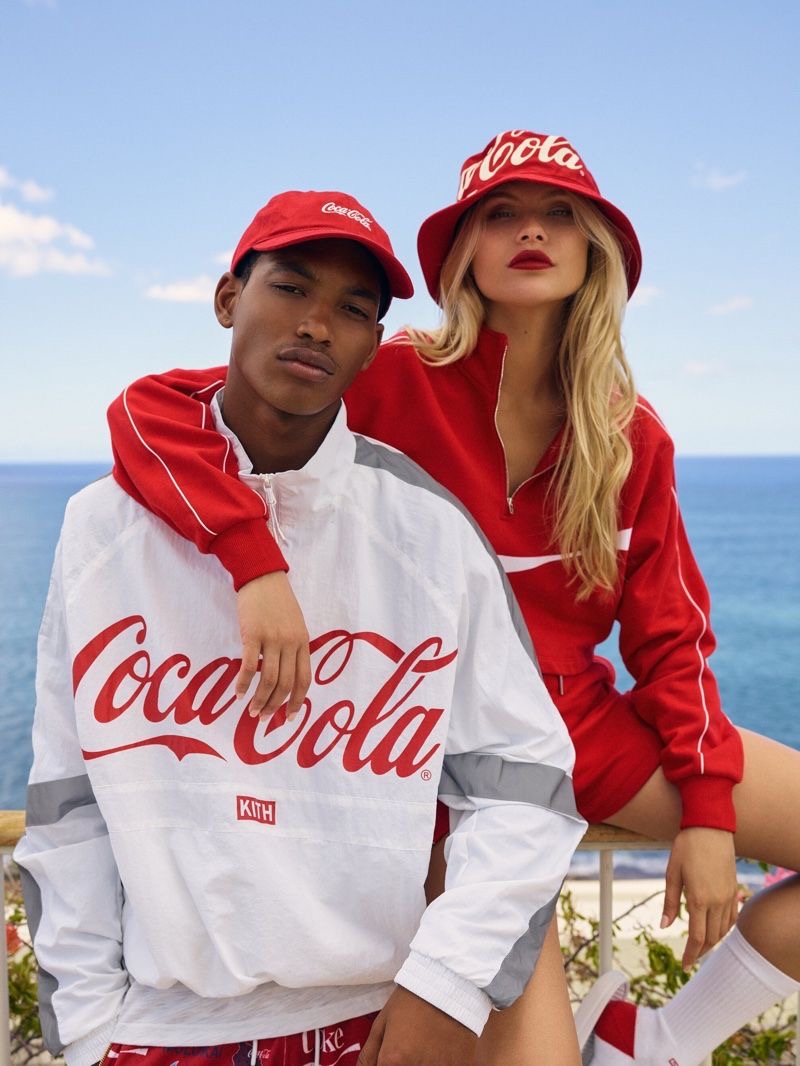 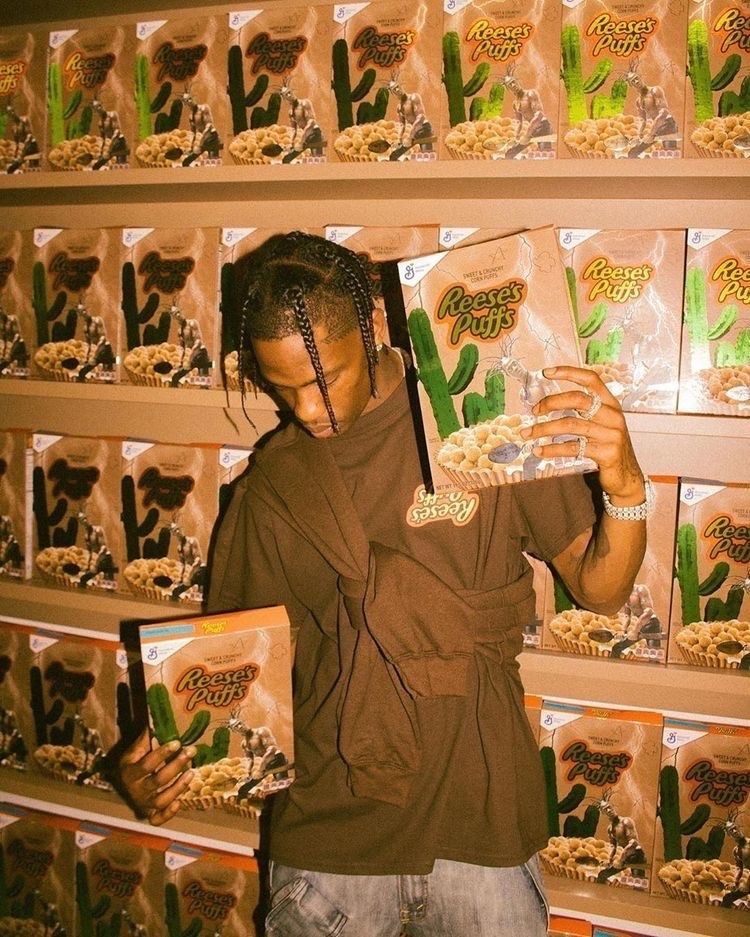 Breakfast is the most important meal of the day, kids.